Distorted Belief About Skill & Luck In Relation To Gambling

Gambling has slowly become a norm in today’s society and has been linked to having a unique insight into the interaction between sentiments and cognition in decision making. Basically, every gambler tends to overestimate their chances of winning a game.

However, what really influences that belief is the question. Ideally, casinos and other gambling games are set up in a manner where the odds will always benefit the bookmaker.

Thus, the expected benefits for gamblers are negative and can lead to the accumulation of debts. As a matter of fact, the negative effects of gambling can spiral out of control and lead to Pathological gambling. Nevertheless, more people continue to gamble, and the question is, why?

Essentially, this article aims to enlighten you on two gambling behaviors that have gained popularity over the years. Both forms also affect human decision making, especially in gambling.

The cognitive form of gambling is basically a scenario where a gambler has a distorted belief that essentially overestimates their chances of winning. This group can be classified into problem gamblers who believe in luck and those who believe in skill. A popular method created by Gaboury & Ladouceur (1989), known as the “Think aloud” procedure, helps shed light on this topic.

During the procedure, gamblers are encouraged to verbalize their thoughts as they play. Their statements are classified between “Accurate” & “Erroneous.” Statements like “It’s a machine, we have no control over it & it’s all luck” is considered Accurate. However, others like “I’m getting good at this game, and I think I’ve mastered it” are Erroneous.

According to research, about 70%-80% of the problem gamblers that fall under this category were regular users. Essentially, users who gamble weekly reported more erroneous thoughts. Problem gambler justifies his excessive play based on acquiring such a skill.

However, this isn’t restricted to playing Blackjack, as there have also been reported erroneous thoughts on the computerized game of roulettes and slots.

The cases of reported accurate thoughts while gambling is usually small compared to the erroneous approach. This could be a result of the fact that this approach is noticed in occasional gamblers.

Even more, this percentage of gamblers usually visit the casino monthly, and thus might not necessarily be passionate about having a target of earnings. Thus, they are less susceptible to pathological gambling.

Both approaches are influenced by the fact that humans are almost incapable of processing randomness and probabilities. Thus, most casino games, leverage this cognitive distortion, as they are usually based on randomness.

Also, this impaired processing of randomness gives room for Gambler’s fallacy. A phenomenon where problem gamblers believe that a win is due after a series of losses. For example, Gaboury & Ladouceur studied the betting strategy of Roulette players. They reported that 75% of players were more likely to bet on black if the previous win was red. 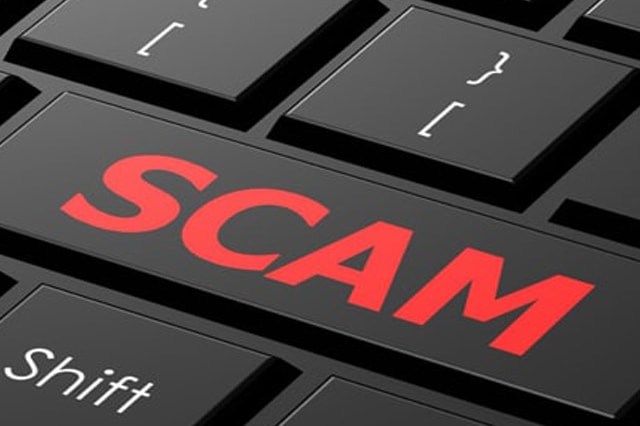 Red Flags of an online scam